The challenges presented by uncertainty are magnified in large-scale safety-critical projects where project failure could easily result in reputational damage, loss of public confidence as well as physical damage to people and the environment; remember the severity of the reputational damage to BP caused by the Macondo Well blow-out in the Gulf of Mexico 2010. 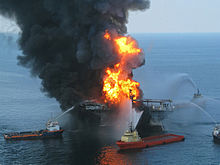 Indeed, most decisions that are made on a safety-critical project involve uncertainty, the consequences of which may be highly significant to the safe and timely delivery of the project.  Based on interviews with project managers on 9 large-scale civil nuclear and aerospace projects, our latest research here explores how these uncertainties emerge, and how project managers identify, analyse and act on them.

We offer three approaches that project managers adopt when confronting project uncertainty – structural, behavioural and relational. These three approaches are complementary rather than competing.  We found that the behavioural approach dominated – with individual personalities, attitudes, skill-sets and actions central to confronting uncertainty.  However these behaviours were underpinned by good relationships with stakeholders, sponsors and project team members, and enacted through sound project processes and structures.  Being seen to be following the correct processes enabled project managers to demonstrate ‘control’ of some very complex and ambiguous project situations – important both for their psychological well-being, and in building stakeholder confidence in the project.

We also characterised nine dualities in how uncertainty emerges and how project managers analyse and act on it. 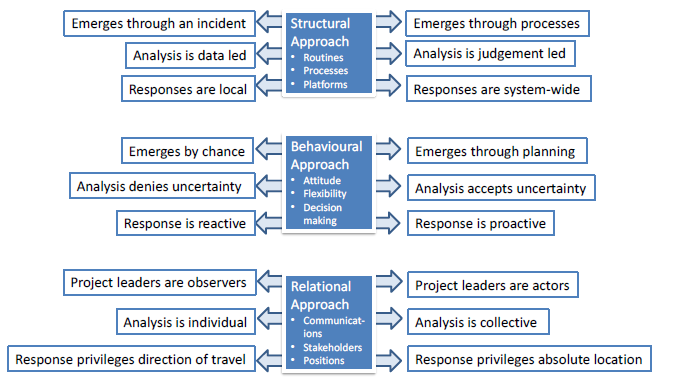 Figure 1: Dualities in how uncertainty emerges, is analysed and acted upon

Although we observed the same dualities in civil aerospace and nuclear projects, there were some interesting differences between the two sectors in terms of how uncertainty emerges and is responded to.

Both sectors preferred data-based analyses of uncertainty, reflecting the strong techno-professional culture in these technically-complex and highly-consequential environments. The analysis of uncertainty was always collective and collaborative.  Senior managers were generally active in the decision making process – which was typically open, structured robustly debated.  We wondered if the combination of hard data and collective decision making was viewed as more objective than individual professional judgement, and a defence against blame in the remote possibility of a serious accident to an aircraft or a nuclear reactor.

In the civil nuclear sector uncertainty was more likely to emerge through the outworking of a project process and the response to it more likely to be proactive. Respondents acknowledged and accepted that their project environment is a highly uncertain one. They sought out uncertainty using the extant processes and structures to achieve this. If a process wasn’t available, then one would be developed. This highly process orientated approach to uncertainty, whilst proactive and comprehensive also had an undesired consequence – that of slowing progress on projects, and often leading to an inexorable shift of deadlines into the future.

In civil aerospace projects uncertainty was more likely to emerge as a result of an unexpected incident, its presence was often initially denied and the eventual response was consequently more reactive. This was a revealing and important finding, given the highly consequential safety-critical nature of civil aerospace projects. We posited three possible explanations for it.

First, there are greater and more immediate competitive pressures in civil aerospace than in the civil nuclear sector, which leads to increased schedule and cost pressure on the project team, which may tempt practitioners to supress emerging uncertainties in pursuit of rapid aircraft or assembly development. If progress on a nuclear decommissioning project slows in the UK, there are few alternative suppliers waiting to pounce and so fewer levers which clients can pull to drive progress. Also, in decommissioning projects a loss of time does not often lead to a detrimental impact on safety; often the safest course of action is to wait, allowing radioactivity to decay naturally and new technologies for decommissioning to emerge.

Secondly, learning happens in profoundly different ways in the two sectors. In civil aerospace the development programme and test environment is used to drive out uncertainties, with constant iterations of technology being tested, sometimes to destruction, and learning happening through experimentation and multiple explorations. There are few equivalents to the test environment in civil nuclear; instead learning occurs through theoretical analyses and modelling, and through a slow and steady process of characterisation. This involves robust debate through a multi stage peer review process, followed by cautious and conservative sign-off of any new designs or procedures. No inter-containment buildings or nuclear materials, at least on a very large scale, are tested to destruction in the construction of a new nuclear power plant.

Thirdly, the nature of the regulatory framework in the two sectors is different with civil aerospace governed by international criteria based regulations that govern when an aircraft is safe to fly. In civil nuclear the regulatory framework is country specific and evidence based, thus operators have to demonstrate that a given technology or plant modification is safe before regulatory approval is given for its implementation.

In spite of the different competitive and regulatory pressures in the two sectors, there is still scope for each to learn usefully from one another. The civil nuclear project management community can harness its strength in processes and strong safety culture by learning from civil aerospace to be more flexible, fleet of foot contractually and to encourage learning through experimentation. Whilst the civil aerospace project community could work smarter not harder through its frenetic development programmes attending to, resourcing adequately and resolving project uncertainties earlier in the lifecycle before major issues blow up at huge financial and psychological cost.

The full research article was written by the author together with Professor Andy Gale and Professor Andrew Sherry and is entitled Dualities and Dilemmas: Contending with uncertainty in large-scale safety-critical projects and has been published in Construction Management and Economics here (institutional log in required)