Despite improvements in recent years, there is evidence that there remains general dissatisfaction among students in the UK HE sector, with regard to the feedback they
receive (HEFCE 2014). Reasons for this dissatisfaction are diverse and not always clear, despite there being much anecdotal evidence that teaching staff already believe they are meeting students’ needs by providing plenty of feedback. 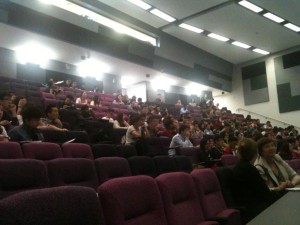 This project was an exploratory study into student perceptions of  formative feedback in two schools from the faculty of Engineering and Physical Sciences at the University of Manchester. The aim was to gain a better understanding of student preferences as to the function, content and mode of delivery of formative feedback.

In this first phase of the study several hundred undergraduate and
postgraduate students from three taught courses in the schools of Mechanical, Aerospace and Civil Engineering, and Electrical and Electronic Engineering, were surveyed. This was followed up by focus group meetings with volunteer
students from the three courses. Results and conclusions from the first phase indicate that the majority of the students surveyed see the purpose of feedback as to help correct misunderstandings, rather than to help pass the exam, or solve problems set by the lecturer. Their overall preference is for as much detail as possible in the feedback given, rather than just brief explanations. These initial findings (ISEE 2014 Poster Landscape) were presented at the International Symposium of Engineering Education in Manchester in Sept 2014.